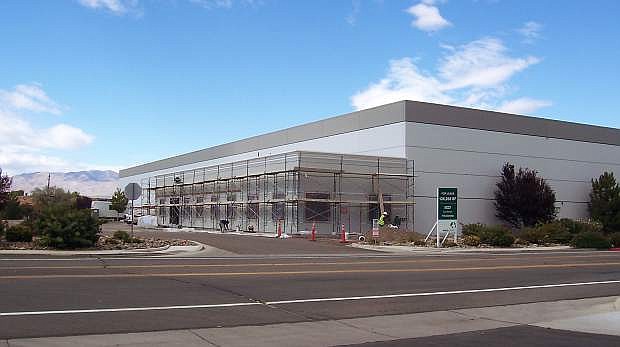 This building at 1381 Capital Court in Reno is getting refurbished in preperation for US Cabinet Depot to open a distribution center in October.