EPA turns Anaconda Copper Mine cleanup over to state of Nevada 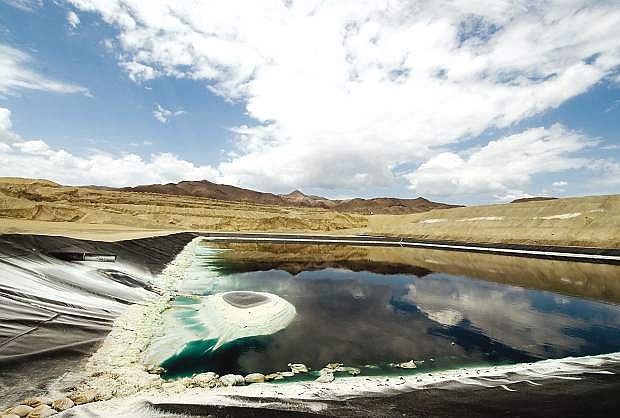 The evaporation pond containing the runoff liquids from the Anaconda Mine to prevent it from contaminating the water supply. The liquid contained in the pond has an average PH level of 2-4 and is primarly copper (green) and sulfiric acid.