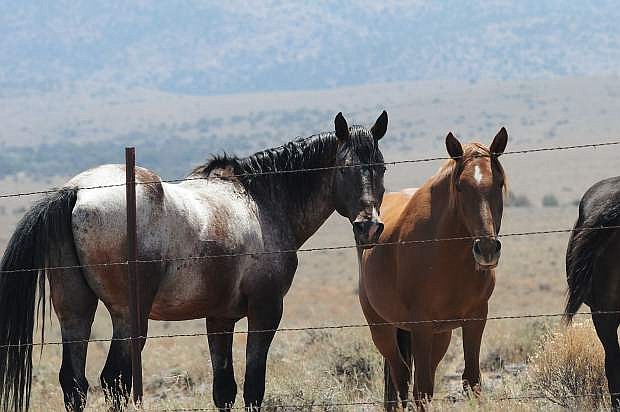 An Appaloosa stallion keeps a wary eye on BLM officials and a reporter.