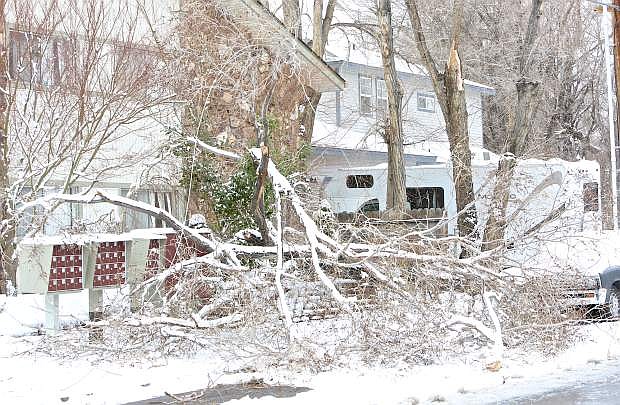 A large portion of a tree fell during the storm at the Capitol Hill Apartments as seen here Friday morning on Telegraph St.