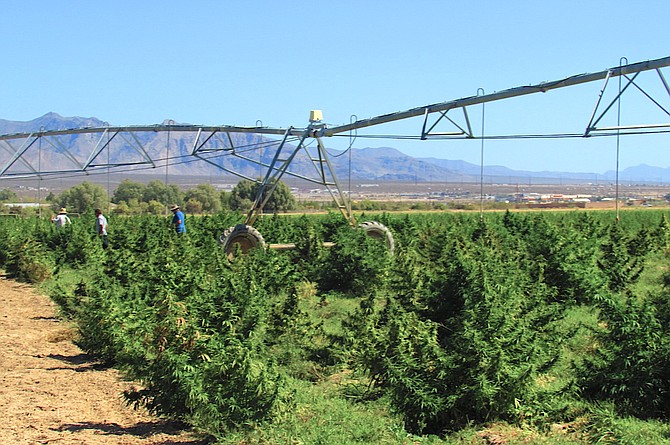 A look at a previous hemp harvest at a Nevada farm.