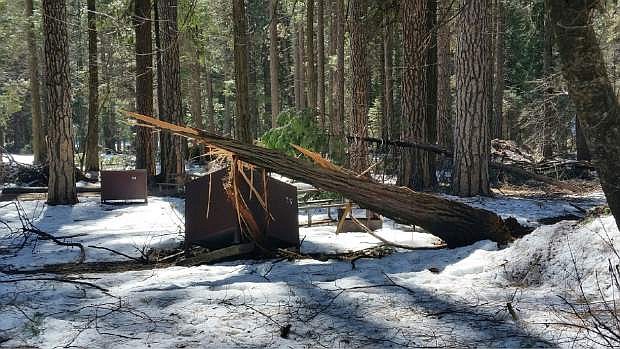 In this photo released Wednesday, March 13, 2019, by the National Park Service, is a damaged bear box after the recent heavy snowpack in Yosemite National Park, Calif. The park announced that there will be late seasonal openings to facilities due to the exceptionally heavy snowpack and the subsequent extensive damage to many park facilities. (NPS Photo via AP)