‘A dam about to burst’: Pipeline of startups eying Reno-Sparks bigger than ever amid COVID 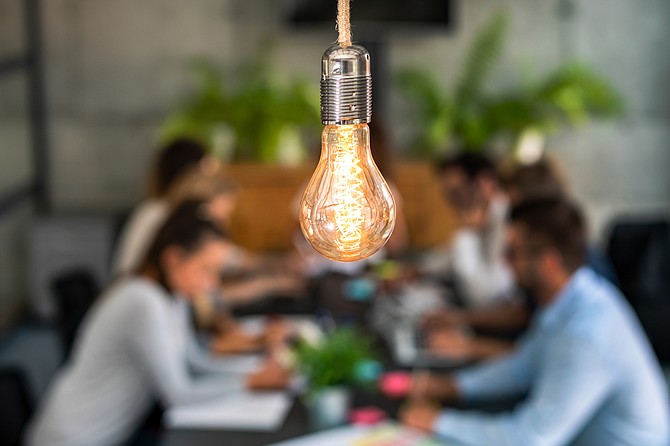 RENO, Nev. — “I feel like there’s a dam about to burst,” says Doug Erwin, spreading his arms wide. “We have a big pipeline and people are like, ‘As soon as it’s safe to travel, I’m coming.’”

In fact, Erwin, vice president of entrepreneurial development at EDAWN, told the NNBW in a video call that Northern Nevada’s pipeline for relocating startup companies — as well as larger established companies — is as big as it’s ever been.

After all, the coronavirus pandemic has driven many startup companies to rely on functioning remotely. This is especially true in dense tech hubs like the Bay Area, where COVID cases are spiking and restrictions are tightening.
These factors, Erwin feels, will only accelerate the growing trend of startups pulling stakes from cramped Silicon Valley and planting in vast Northern Nevada.

With a lower cost of living, higher chance of sticking out, easier access to the outdoors and friendlier tax climate, many Bay Area entrepreneurs were already leaning toward a Reno-Sparks move prior to the pandemic.

COVID’s impact may tip the scales.

“In some cases, we’re hearing this is the last straw for some companies,” Erwin said. “I think we’re going to actually be a net-beneficiary of company relocations as a result of COVID.”

Grace Chou, director of the University of Nevada, Reno Innevation Center, a pre-accelerator based in downtown Reno, has a similar perspective.

“Entrepreneurs are drawn to Reno due to our lower costs, laid-back lifestyle, and superb outdoor recreation,” she said in an email to the NNBW. “These factors have not changed.”

What’s more, Erwin said Northern Nevada’s startup ecosystem has more infrastructure than ever before. He pointed to the fact that, in the last five years alone, the region has added a pre-accelerator (UNR Innevation Center), incubator (StartUpNV), a seed fund (Reno Seed Fund), and, most recently, an accelerator (RNOX).

“From a building-block perspective, we have all the building blocks,” Erwin said. “They can always get better and we can get more diversity, but we just don’t have those big gaping holes in the ecosystem anymore.”

Entrepreneurial support groups are another piece that is helping prop up Northern Nevada’s startup space. Groups such as Entrepreneurs Assembly, Entrepreneurs’ Organization Reno-Tahoe, 1 Million Cups and more are helping startup founders transform their idea into scalable and revenue-generating businesses.

In fact, Brian Gifford, president and founder of Reno-based BluePeak Technology Solutions, said joining EO Reno-Tahoe in 2017 was a game-changer for him.

Since, BluePeak has seen triple-digit revenue growth, making Inc.’s list of the 5,000 fastest-growing companies in the U.S. in 2018, he said.

“I gained a lot of perspective on how owners look at their business and how they approach their own life,” said Gifford, who launched his IT solutions business in Reno in 2008. “I went from struggling to find a way to run my business and grow it to having to figure out how to manage the growth because of the changes that I’ve put in place.”

LACKING LOCAL INVESTMENT
One piece of the ecosystem that needs strengthening, however, is the bridge between Nevada investors and entrepreneurs, said Jeff Saling, co-founder and executive director of StartUpNV, a statewide incubator.

Case in point: In about two years, 16 companies that have been incubated by the StartUpNV program have raised a total of $40 million in capital. However, less than 1% of that money has come from Nevada investors, Saling noted.

“That’s not a good thing for a startup ecosystem,” he continued. “You need to have local money investing at the earliest stages of companies. The ecosystem’s healthier with local capital.”

Saling said having new funds in the market — FundNV, an early–stage venture fund for StartUpNV companies, and the Reno Seed Fund — is an encouraging sign, but there is still a lack of local investment in the market.

This, Saling said, is why StartUpNV created AngelNV, a program that provides mentorship and access to a network of capital partners to startup companies.

Furthering that effort, AngelNV in September is starting a free 12-week boot camp for startup founders that will teach them how to attract angel investing, create a pitch deck, and eventually apply for a $200,000 investment from a group of angels.

Moreover, in January, AngelNV is launching an intensive program for 40 accredited investors — from first-time angels to experienced investors — that focuses on strategies and tactics. After 11 weeks, the investor group makes a $200,000 investment together in at least one company.

“It’s taught by people who have done it for decades,” Saling said. “At the end of it, you’ve now got investment in local companies by local investors. And you’ve created 40 new angel investors who are more than likely going to go on to make more investments.”

To that end, Saling said it’s a “buyer’s market” during this economic slowdown, pointing to valuations being in the investor’s advantage.

“You might have invested $100,000 in a company that in a more robust economy might be valued at $5 million,” he said. “Suddenly, it’s valued at $2 million or $1 million. So, for the same money, you’re buying a much bigger stake in the company.”

Meanwhile, for startups looking to raise capital, it may be a good time to build a network of investors, said Chou, adding: “Investors may be more willing to do an informal video call.”

At the halfway point of 2020, Northern Nevada startups have raised $18.4 million in capital, according to EDAWN. Though the economic uncertainty may slow the pace, the investment amount is on track to surpass every year’s total except for 2019, an outlier year that saw $110.3 million raised, according to EDAWN.

Of course, startups that relocate to Reno-Sparks to grow their companies will need to hire local, skilled workers. Pre-COVID, the low unemployment rate (3.3% in January), made it difficult to recruit talent, Chou said.

“Now,” she continued, “the pool of available talent may have expanded; thus, creating opportunities for startups to hire great talent.”

According to EDAWN, regional startups have created 150 jobs so far in 2020, which is trending to be the highest one-year total since the organization started tracking that data in 2013. Two years ago, Reno-Sparks saw 210 new jobs spring from startups.

“If there continues to be this much unemployment in the labor market, I think it will be good for startups,” Erwin said. “They will be able to access more talent.”

For Saling, the outlook for the startup space is bright. Though the incubator’s pitch count dipped from March to June, he said the organization is creeping back to its average of seeing seven to eight pitches every week, which he takes as an encouraging sign for the ecosystem.

“We are still seeing a good amount of startup activity,” he said. “It spells good things for us in our future. Because, as long as we don’t lose sight of our roots by being business friendly, by being less interested in regulating people out of business and controlling how they live and do their work, and open to new ideas, I think we’re going to be the benefactor of all of the creativity and good ideas going forward.”