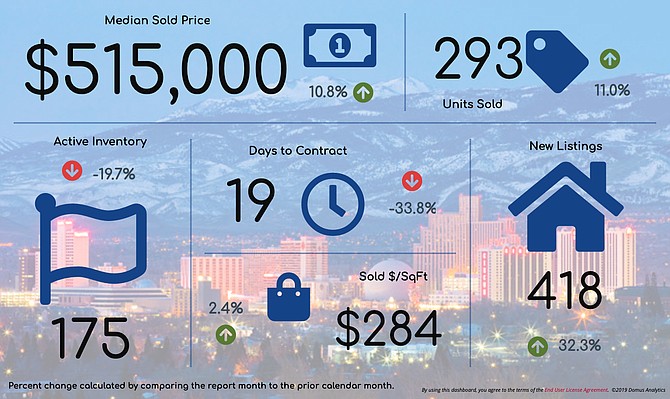 An overview of March's real estate stats for the Reno market, compared to the previous month. Courtesy: RSAR

The price increase is aided in part due to an increase in "bidding wars" in the region, ac