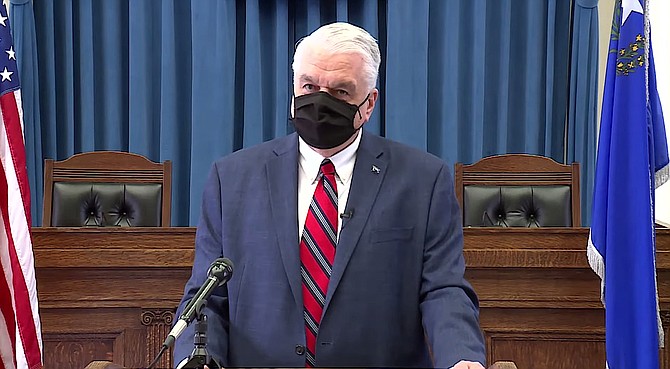 Gov. Steve Sisolak speaks during an April 13 press conference announcing June 1 as a deadline by which all Nevada counties should be able to open businesses and events to full capacity. Courtesy YouTube