Sisolak: Masks not required at large venues that require proof of vaccination 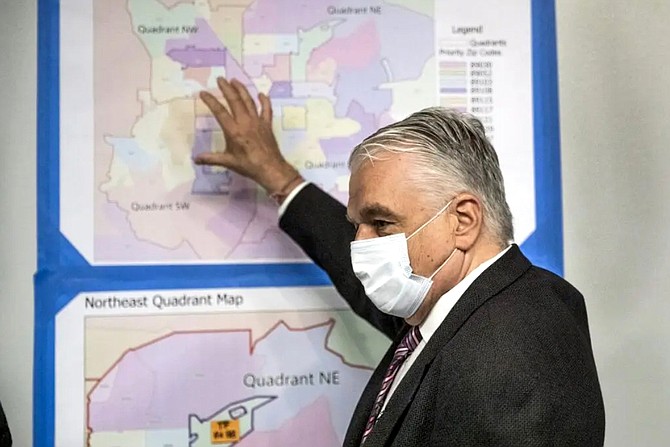 Gov. Steve Sisolak points to a map where the COVID-19 surge teams are concentrating on in Clark County during a news conference in Las Vegas on Thursday, July. 22, 2021. Photo: Jeff Scheid / The Nevada Independent