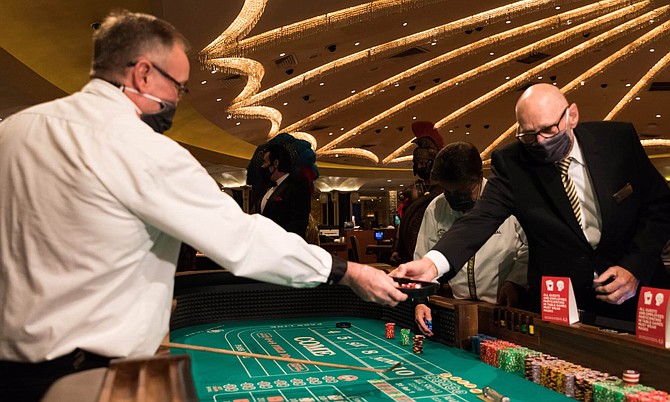 A view from the casino floor at Caesars Palace Las Vegas Hotel &amp; Casino after reopening its doors to the public on Thursday, June 4.

Gibson said the order goes into effect on Thursday at midnight and covers all gaming properties on the Strip, downtown and throughout Clark County. Gibson said any emergency issues concerning the pandemic are under the control of local county governments acting “in the best interests of their constituents.”