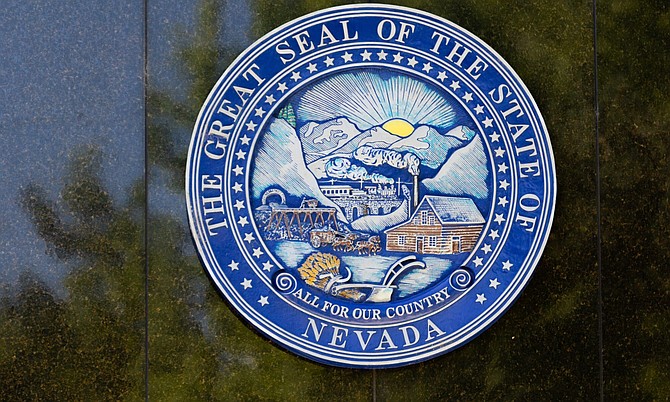 Morning outside the Legislature on the fifth day of the 31st Special Session in Carson City on Monday, July 13, 2020. Photo: Trevor Bexon / The Nevada Independent