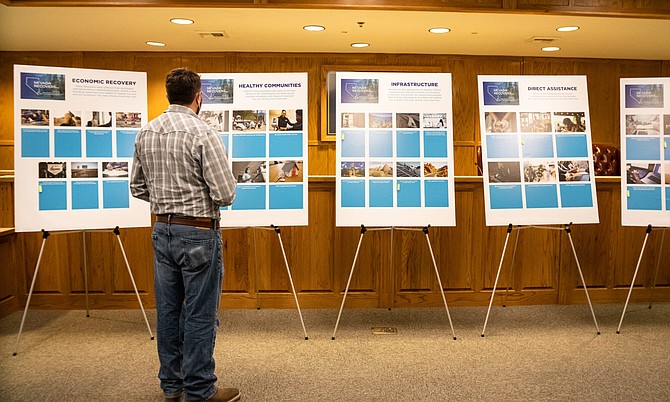 At an event on the "Nevada Recovers Listening Tour" in Yerington on Friday, Aug. 13, 2021, attendees were provided strips of post-it notes to place on large issue boards where they thought American Rescue Plan funds should be spent. Photo: Tim Lenard / The Nevada Independent