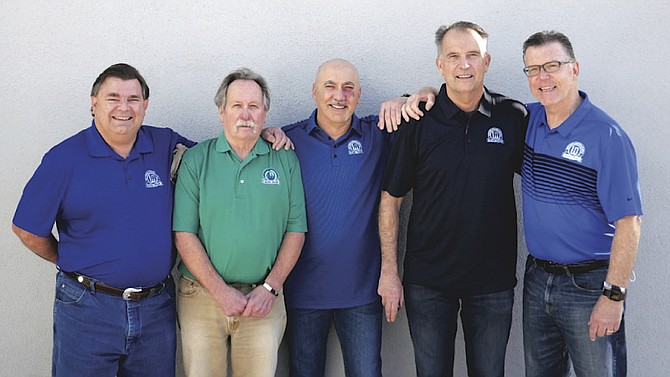 Barney Arneson, Dennis Bush, Greg Higgins, Robert Sundstrom and Rick Tucker have all been on the Blue Team for 40 years or more. Courtesy Photo