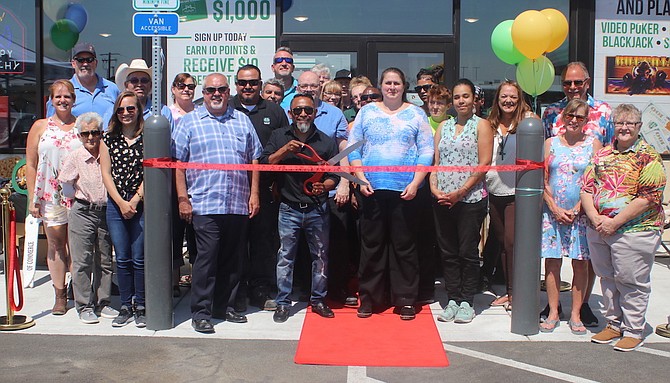 A ribbon cutting was conducted July 9 for Golden Gate Petroleum’s Fallon facility. With the scissors is Nacho Aguilar, director of retail, Nevada/California, and to his right is District Manager Myron Johnson. Photo by Steve Ranson.