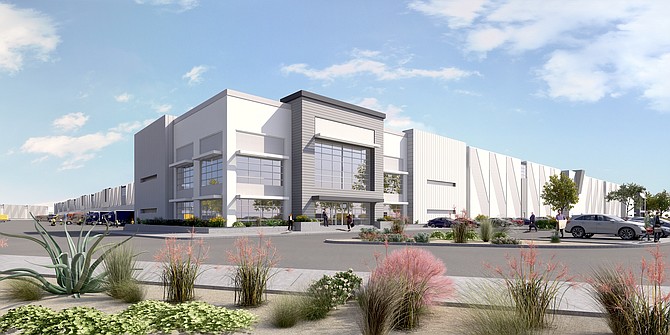 The first speculative industrial warehouse at Victory Logistics District in Fernley is scheduled to be finished by February. Courtesy: Mark IV Capital