Amid plans to mine lithium in rural Nevada, Indigenous, rural communities at center of the energy transition 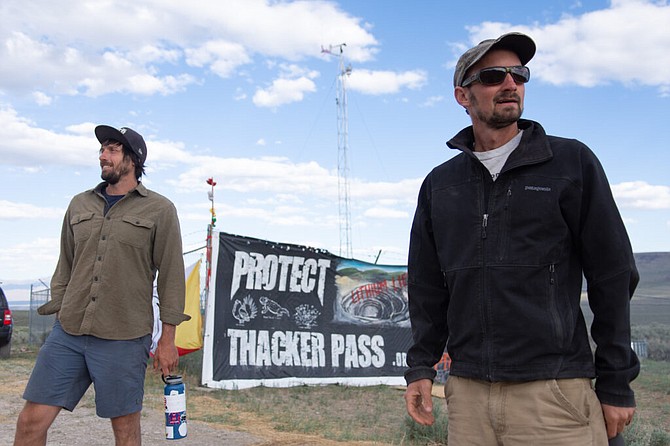 Environmental activists Will Falk, left, and Max Willbert, right, stand in front of the encampment on May 18, 2021. They have helped organize tribal members to oppose the mine. Photo: David Calvert / The Nevada Independent