Past Pages, May 9, 2011: 'Internet fulfillment centers' and a fresh start for Jet Ranch 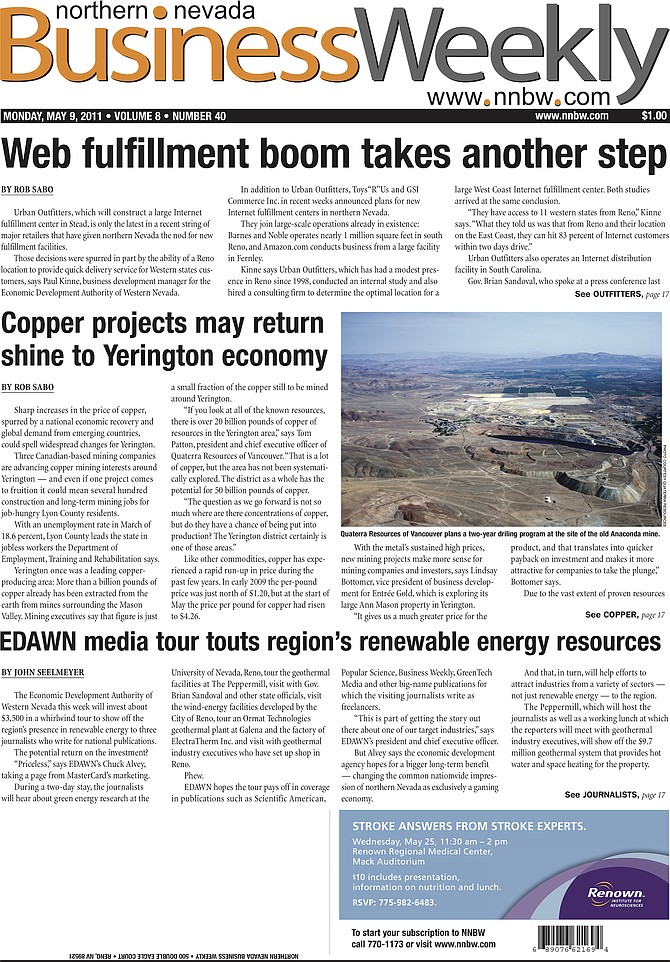 The cover of the May 11, 2011, edition of the Northern Nevada Business Weekly.