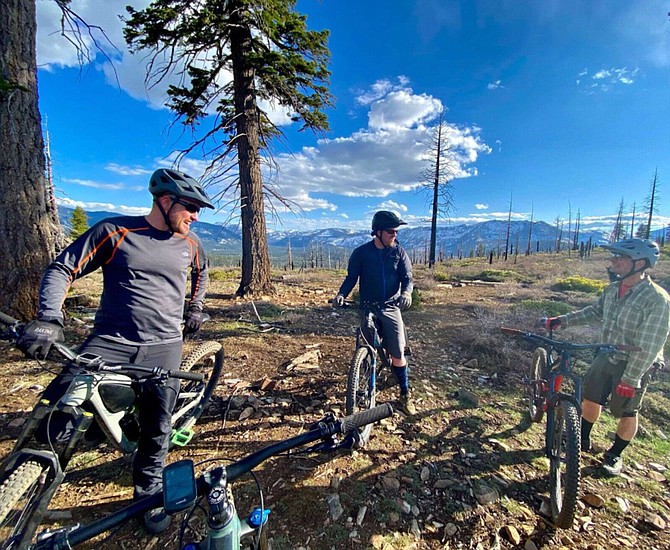 Mountain bikers take a break during a ride on the Tahoe Mountain Trail. Photo: Phil Schwartz