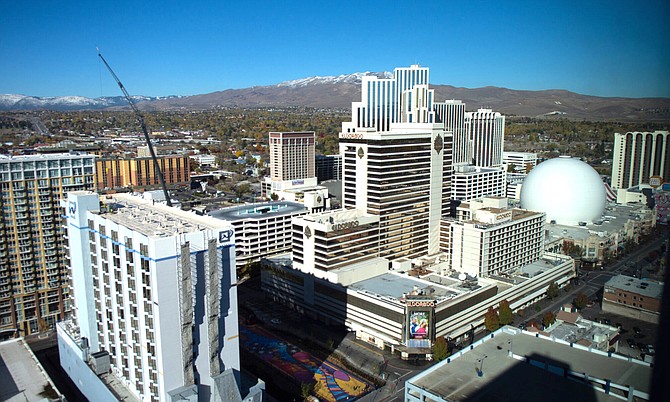 Whitney Peak Hotel, left, and The Row properties — Eldorado, Silver Legacy and Circus Circus — are seen from a window inside the main tower of Reno City Center on Thursday, Oct. 28, 2021. Photo: David Calvert / The Nevada Independent 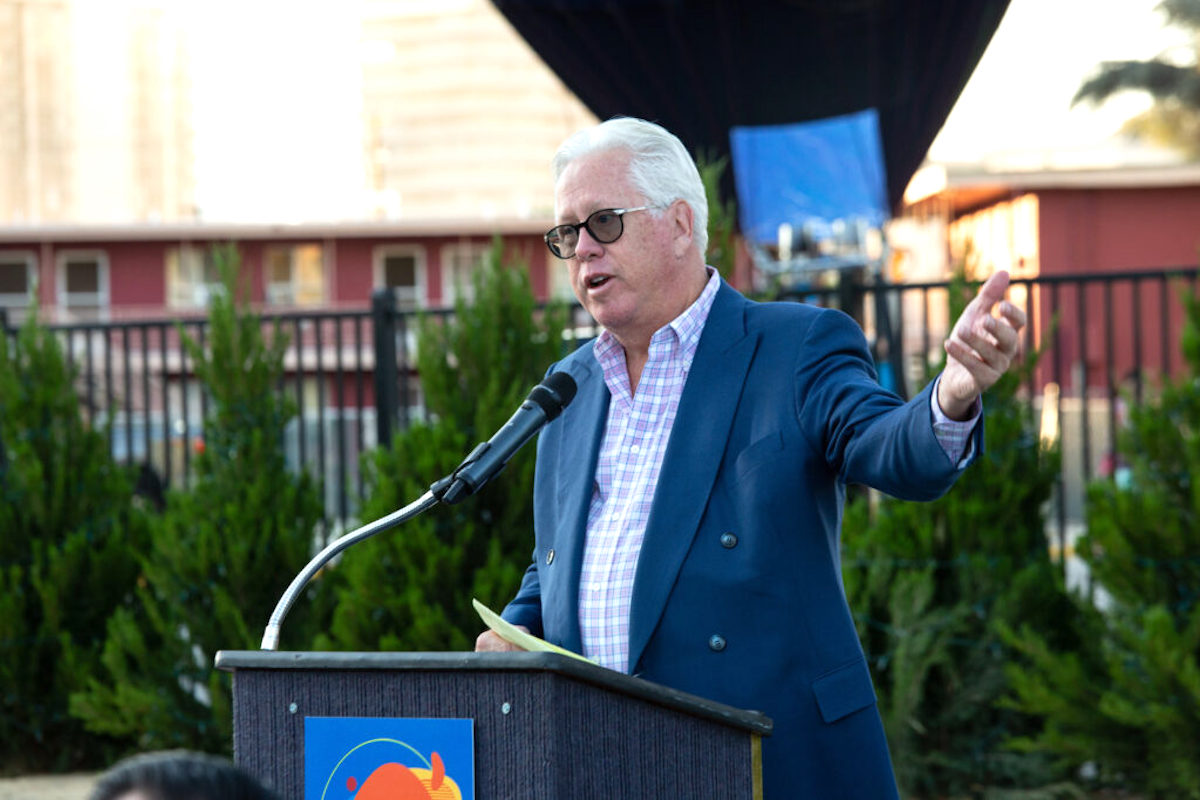