For some companies, small social spends lead to big business 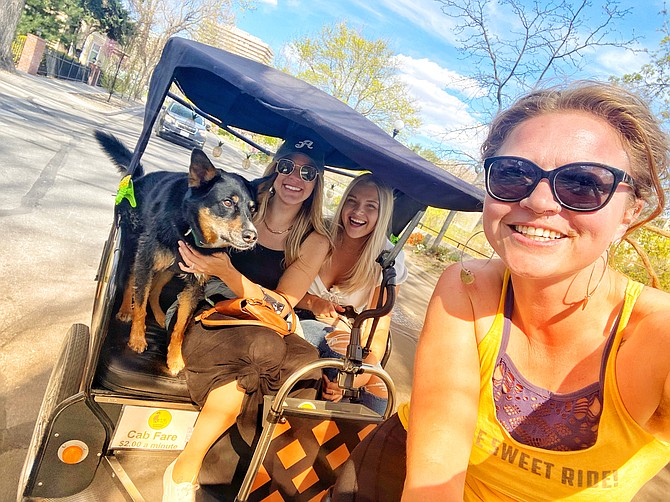 Jaime Chapman, owner of Pineapple Pedicabs, carts two customers and her dog, Bill, through Reno this past summer. Chapman launched the company in 2019 and has since grown her fleet from one to five pedicabs thanks in part to wise spending on social media advertising. Courtesy Photo