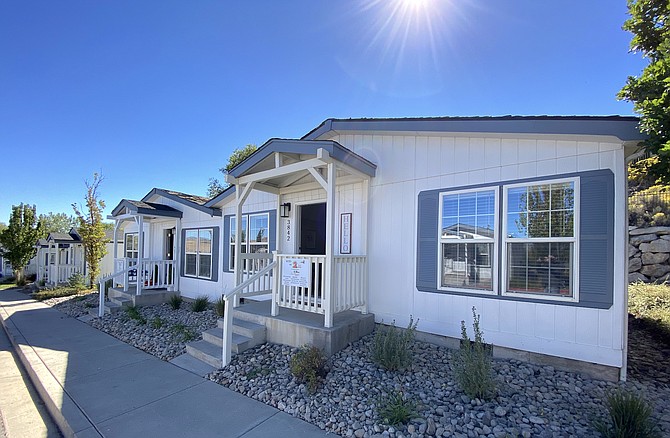 The exterior of a cottage on STEP2’s Lighthouse campus in North Reno that was refurbished by Tanamera Construction for the fifth annual cottage makeover, which was celebrated on Thursday, Sept. 30, 2021. Photo by Kaleb Roedel.