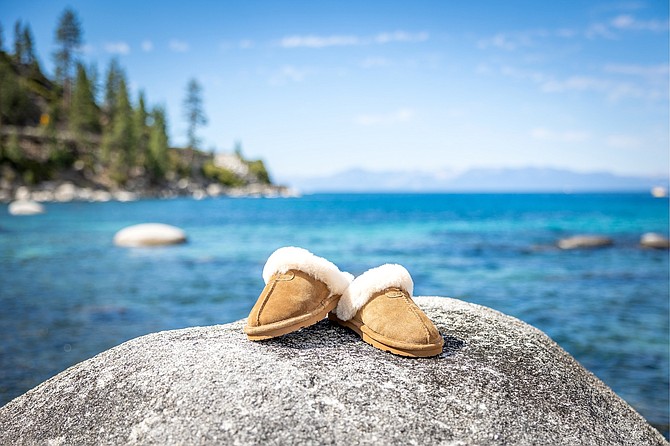 BEARPAW utilizes sheepskin and other natural and sustainable products to create comfort-focused footwear, like the slippers seen here. Courtesy Photo