They include IT integration, developing new chief academic officer role 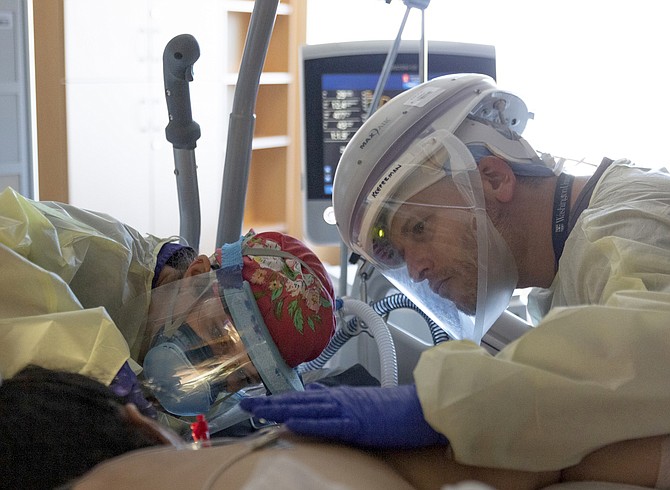 Dr. Jake Keeperman, right, Executive Medical Director and intensivist for Renown Health, cares for a patient in the ICU with a member of the patient’s care team in this December 2020 photo. Photo: Anicia Beckworth / Renown Health


EDITOR’S NOTE: Each quarter, the NNBW publishes a special “B2B Industry Focus” edition that centers on a certain industry. The fourth quarter’s B2B Industry Focus is on healthcare. This is the second in a five-part series of stories on that topic; the other parts are below. Look for the remaining stories later this week at nnbw.com, and look to the Wednesday, Oct. 20, print edition for the full lineup.