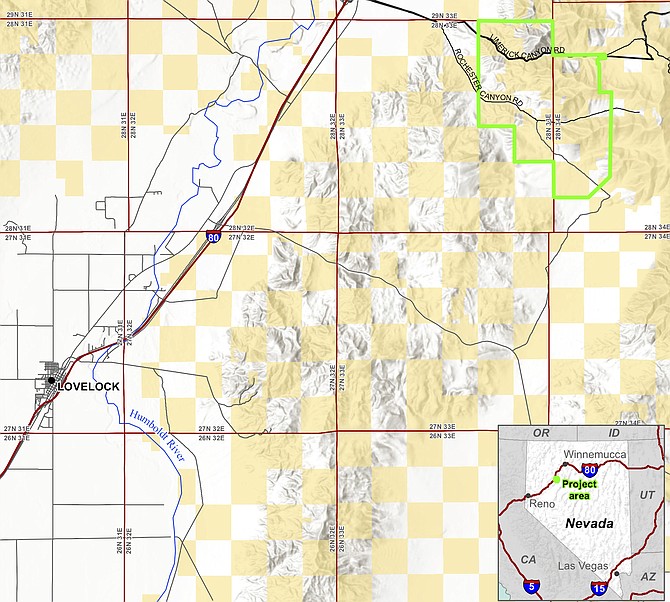 Overview of the Lincoln Hill Exploration Project area and its proximity to the city of Lovelock. Courtesy: BLM