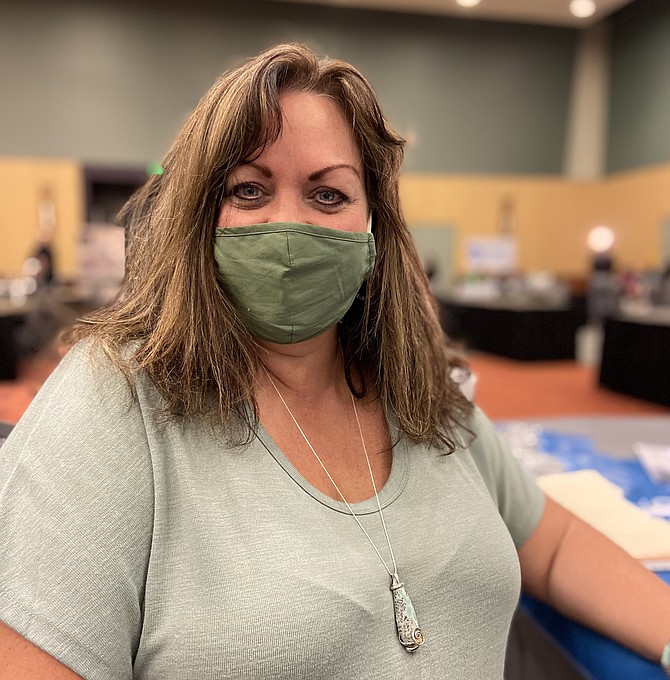 Rebecca Sargeant, HR assistant at Pamlico Air in Reno, attended the Reno + Sparks Chamber's Sept. 14 job fair. Pamlico was one of roughly 50 businesses with a booth at the event. Photo by Kaleb Roedel.