Against the odds, Sierra-at-Tahoe ready to reopen 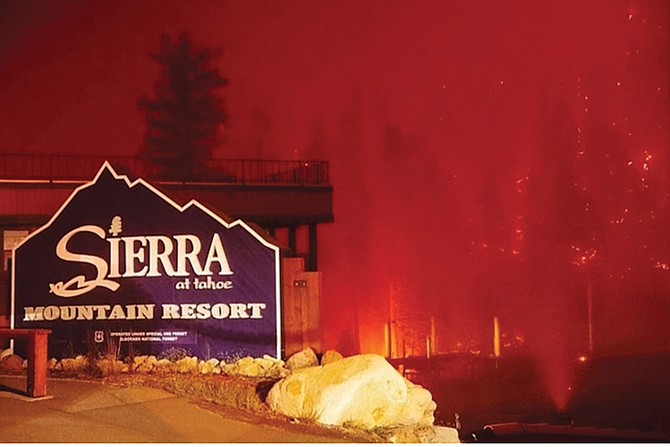 The Caldor Fire burns at the Sierra-at-Tahoe resort in August 2021.

Enough lumber to build about 1,250 homes at 2,000 square feet apiece has been removed from Sierra-at-Tahoe in a Herculean effort to reopen after the Caldor Fire decimated the resort in August of 2021.

The fast-moving fire started south of Pollock Pines in the Grizzly Flats area on Aug. 14 and eventually burned more than 221,000 acres, including nearly 80 percent of Sierra-at-Tahoe’s 2,000 acres. The ski resort, beloved for decades for its tree skiing, has cut more than 20 million board feet of lumber and shipped it to the new Tahoe Forest Products sawmill in Carson City, said Shelby Dunlap, content and communications manager for Sierra-at-Tahoe.

“We were so sad to see all of the trees that had to be removed — it was what Sierra was known for,” Dunlap told NNBW. “It was really devastating for us to see all those trees being removed, but it’s not often a resort gets to reinvent itself. We are using this in a positive way to see how we can make our runs bigger and have our terrain parks go into areas that we never had access to because the trees were so tight and dense.

“Now the runs are wider, and there is all this terrain that people used to never be able to get into unless they were really advanced tree skiers,” she added.

At one point, Dunlap added, between 40 and 50 truckloads of trees were being hauled off the mountain each day. Helicopter crews were brought in from Utah to fly trees out of hard-to-access terrain. 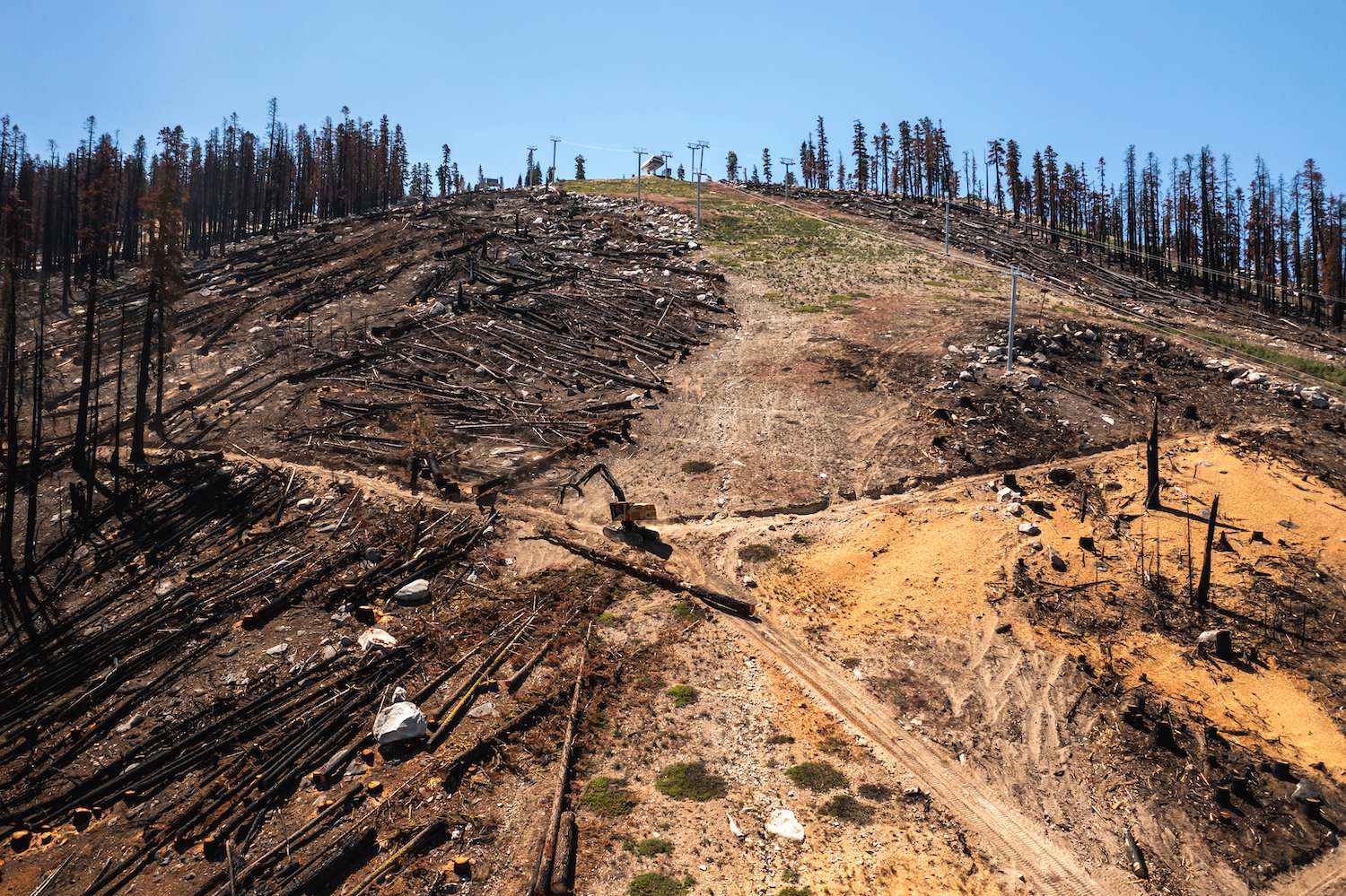 Crews remove burnt trees from the Caldor Fire at Sierra-at-Tahoe earlier this year.

“It was a pretty advanced project,” Dunlap said. The sawmill in Carson City, located on sovereign Washoe Tribal land, was created in part to harvest lumber from the Caldor Fire.

“We had the tribe visit, and it was a win-win opportunity because there was nowhere in Tahoe for this 20 million board feet of wood to go,” Dunlap said.

Due to the extent of the damage caused by the Caldor Fire, many people thought the resort would never reopen, Dunlap added.

“There was a moment after the fire came through where a lot of people were thinking ‘this is it for Sierra’ because of the amount of damage that we had sustained,” she said. “But the fire gave a lot of us a purpose to work toward something greater and bring Sierra back.”

Sierra-at-Tahoe executives declined to comment on how much capital the resort has put into its restoration work, but Dunlap told NNBW it was the largest insurance claim ever filed for the ski industry. Sierra also received a mix of federal funds and monies from the El Dorado County Resource Conservation District, Dunlap added.

“When we think about this season, we are going to dedicate it to Paul and his team,” Dunlap said. “He was really the one running the show and was a leader for this entire crew.”

The resort hired Brian Hickman away from Heavenly Mountain Resort as its new head of mountain operations.

Sierra-At-Tahoe expects to open all 47 of its trails this season, but a few gladed areas will remain closed until the second round of remediation efforts begins in spring of next year, Dunlap said. The removal of so many trees will create a much different ski experience.

“A lot of these runs will be wider because we had to make sure we had 150 feet of clearing from any (damaged) tree that we weren’t able to get to that could fall,” Dunlap said.