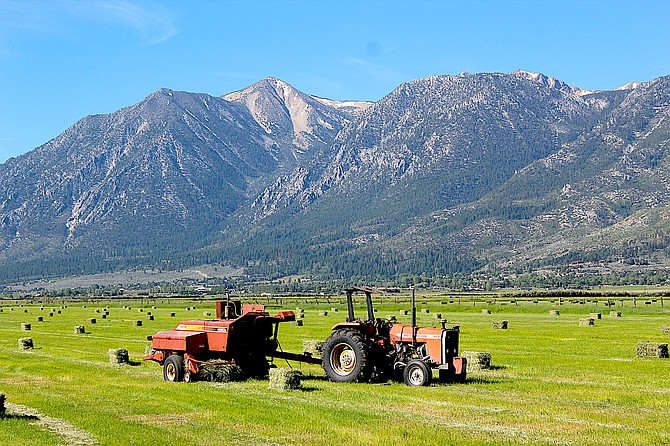 Baled hay on a field south of Muller Lane on June 15.