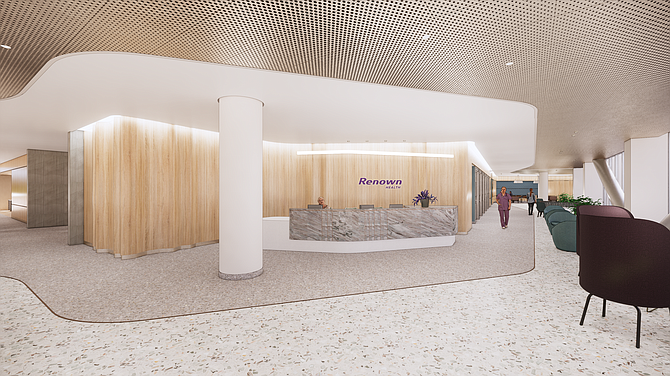 Work is underway to construct a more than 120,000-square-foot three-story medical office building that will attach to the front facade of the existing South Meadows hospital as seen in this rendering.

Work is underway to construct a more than 120,000-square-foot, three-story medical office building that will attach to the front facade of the existing South Meadows hospital. 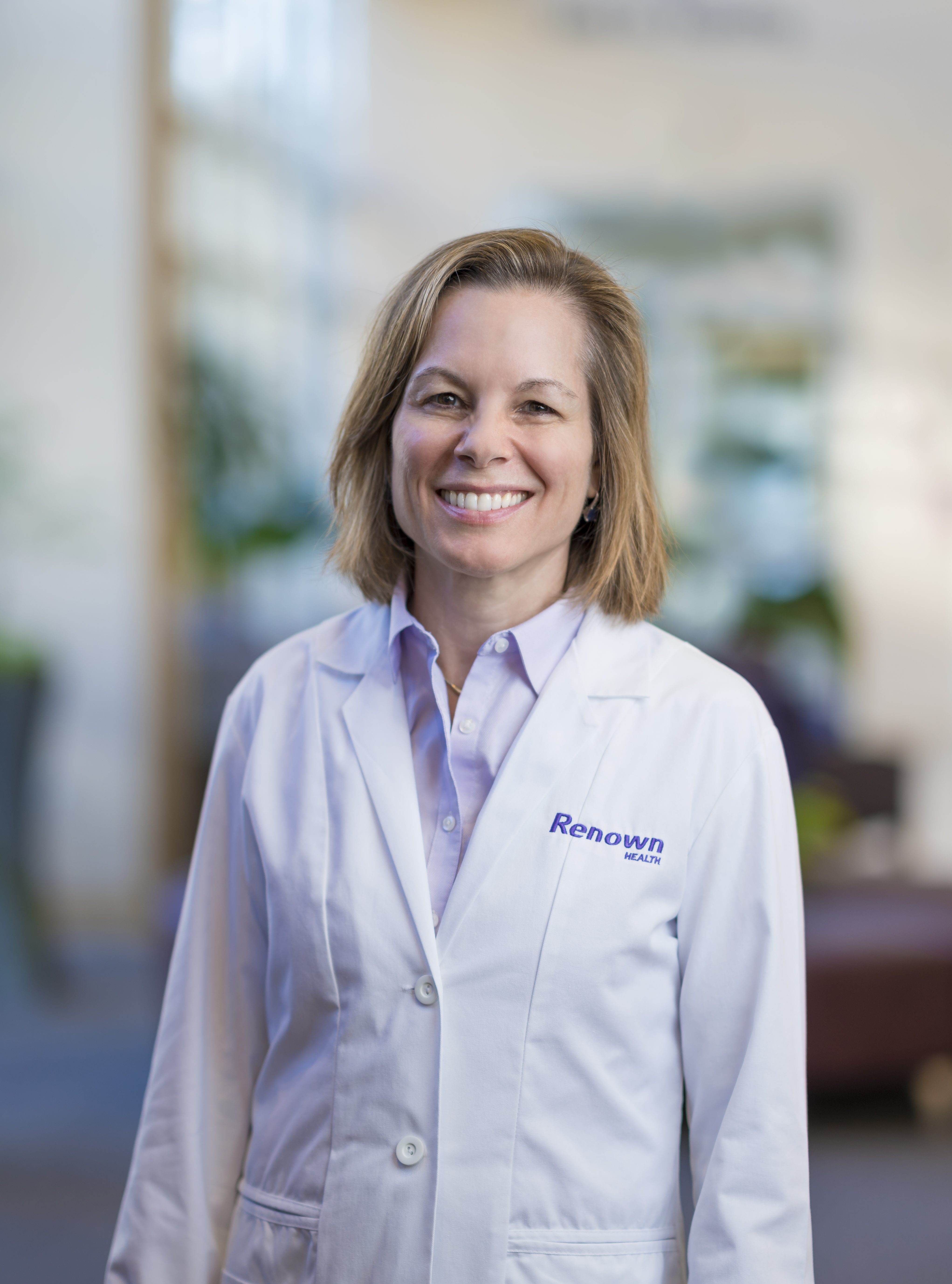 “We will be able to meet the increasing needs of the community and do it in an environment that people will enjoy better,” Lee told NNBW in a recent interview. “The south Reno market is growing rapidly, particularly in the 65-and-older population — our Medicare population is actually the fastest-growing segment in south Reno.”

South Reno has been one of the fastest-growing areas in the Truckee Meadows over the last decade, and it looks nothing like it did when Renown first constructed an assisted-living facility there in the early 1990s. Renown added a second medical office building in 2007, Lee said. That facility houses the South Meadows emergency department and other services.

Patient demand long ago outstripped capacity for the existing operations, however, and the new medical center adds much-needed space for specialty procedures as well as other key services, including an on-site retail pharmacy. The first floor will house a large patient registration and lounge area, new cafeteria, pharmacy, lab space and cardiac services.

“Cardiac intervention and procedures also will be on the first floor of that building,” she added. “The building’s cardiac services will support the current emergency department – right now it doesn’t have a cardiac catheterization lab for an acute heart attack patient, and with the new building it will.”

The second floor of the new medical facility is designed to be an outpatient surgery center with six operating rooms. The third floor, meanwhile, will be multi-use clinical and procedural space, although Renown has yet to identify the exact scope of services that will operate in the space.

NexCore is the developer of the new South Meadows specialty care facility, while Gilbane Construction is the general contractor. The facility is projected to open in May 2024. Renown’s long-standing contractor of record, Clark and Sullivan, is renovating and retrofitting existing areas of the South Meadows campus. Cost of the new construction and renovation work totals approximately $110 million, Lee said, and funding for the new medical facility was secured prior to the pandemic.

The building has been in design for several years, Lee noted. Renown conducted a market analysis in 2017 that showed strong need to add specific sub-specialties in South Meadows in order to meet the demands of high forecast growth that will continue into 2030.

“The analysis pointed to the need to add specific sub-specialty services such as orthopedics, pulmonology, cardiology and gastroenterology,” Lee said. “Renown is developing better space and new space to serve that growing population.

“Renown has been contemplating this for a long time,” she added. “This has been an incredibly structured and deliberate process. It takes years of design and input to really make something like this happen; there’s a lot of planning that goes into these buildings.”

“South Reno has been recognized as an excellent place to provide medical care,” Lee said. “The advantages to those locations is that they are in very close proximity to two hospitals, which makes it very convenient for patients, physicians and medical practices to co-locate.”

Lee said one of the biggest challenges to overcome will be completing the project on budget and on time in the wake of the region’s ongoing labor and supply chain issues. Staffing the facility once it opens and quickly scaling services also could be difficult, she noted – especially as Sierra Medical Center continues to grow its staff.

“There is a lot of activity in South Reno, and Renown recognizes that capitalizing on that activity is great for our health system,” Lee said.

“What healthcare is working to understand is that it is just as important to have a good experience in our facilities as it is that the care we are providing be memorable and meaningful,” she added. “Having happy employees working in wonderful environments and providing great care set our patients up to have the best outcomes and experiences.”