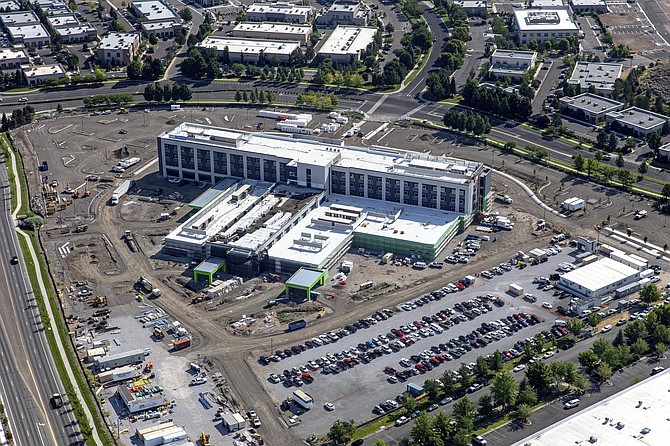 An aerial view from the summer of 2021 of construction progress at the new Northern Nevada Sierra Medical Center being built at Double R Boulevard and Longley Lane in South Reno. Photo: Northern Nevada Health System 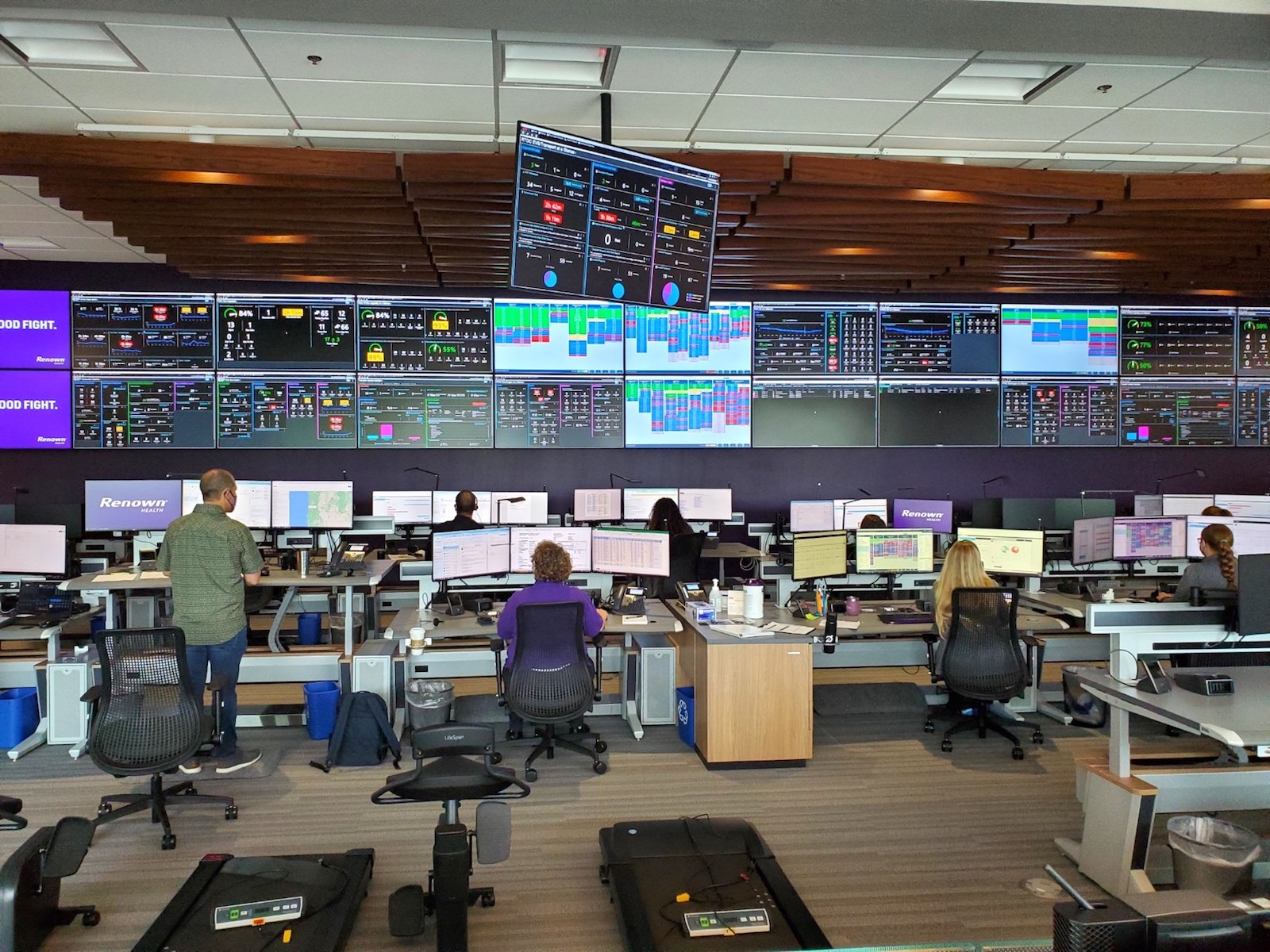 Renown Health in August 2021 opened its new Renown Transfer and Operations Center, which serves as a logistical “traffic control center” for patients and providers across 27 counties. Photo: Renown Health 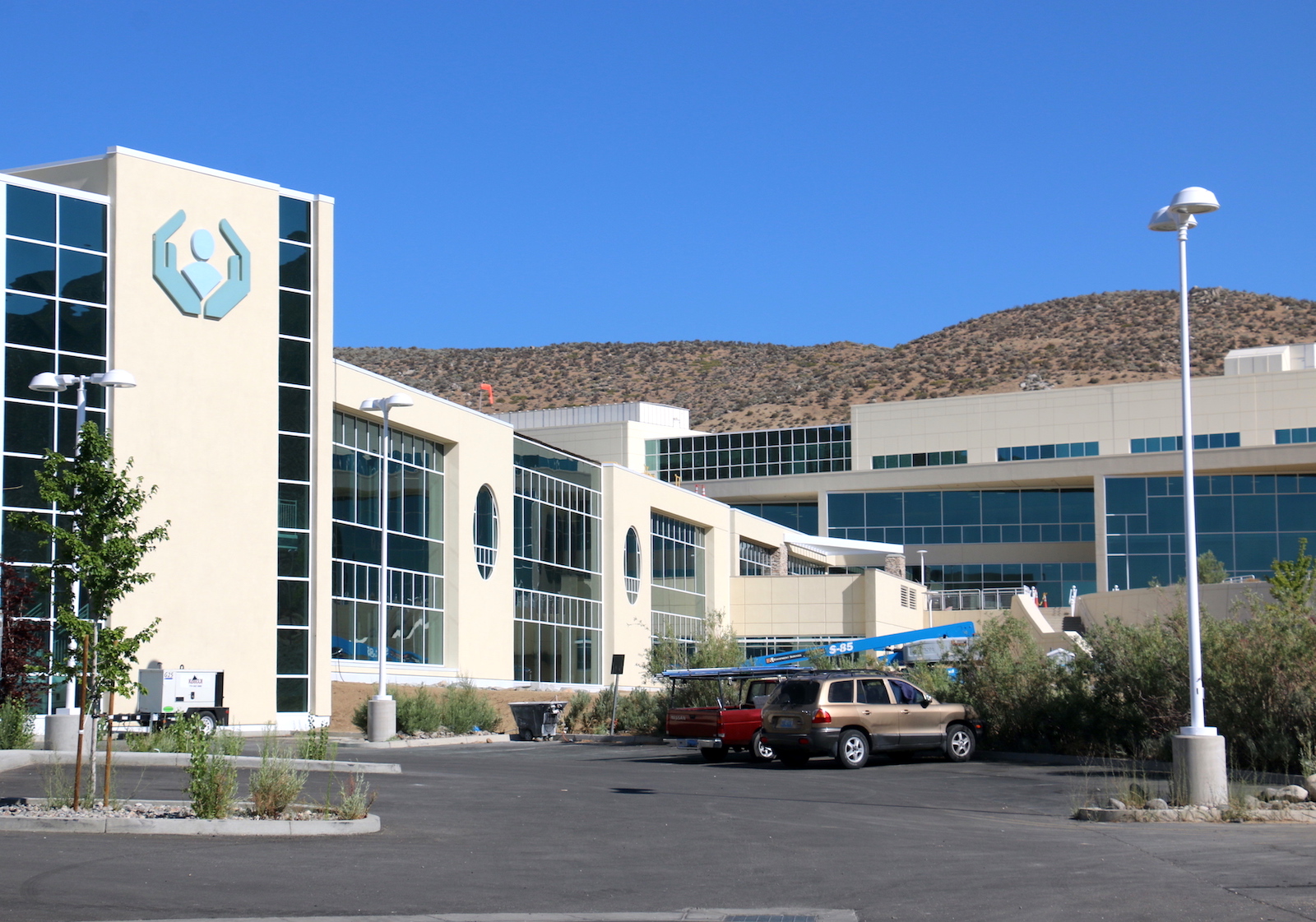