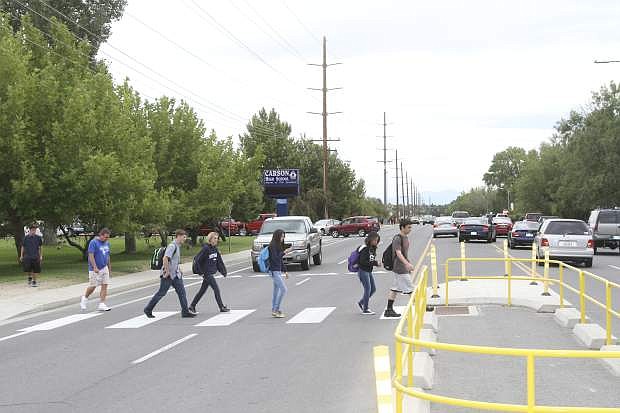 A water main project in front of Carson High School has been delayed for the time being, but could still happen this fall and could negatively impact traffic.