Federal experts: This El Nino may be historically strong 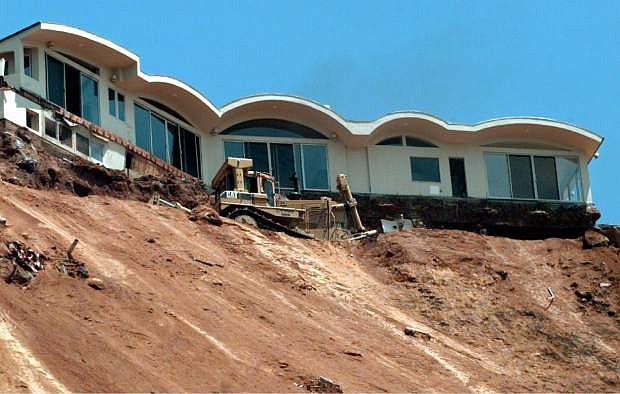 FILE - In this June 25, 1998 file photo, a Caltrans bulldozer terraces a sliding hillside below the condemned home above Pacific Coast Highway near Las Flores Canyon Road in Malibu, Calif. The home and at least one other at the top of the slide was scheduled for demolition. Federal meteorologists said Thursday that the current El Nino is already the second strongest on record for this time of year and could go down as one of the most potent weather changers of the past 65 years. The National Oceanic Atmospheric Administration recorded unusual warmth in the Pacific Ocean the last three months. El Nino is a heating of the equatorial Pacific that changes weather worldwide, mostly affecting the United States in winter. (AP Photo/Reed Saxon, File)