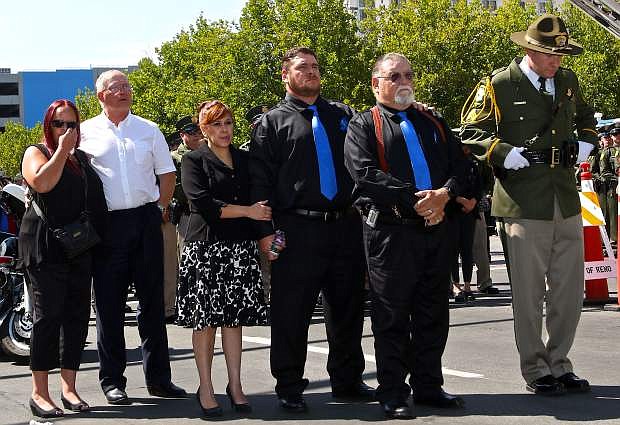 The Howell family stand in mourning as Deputy Howell&#039;s casket is unloaded from the Carson City Fire Dept. engine Thursday.