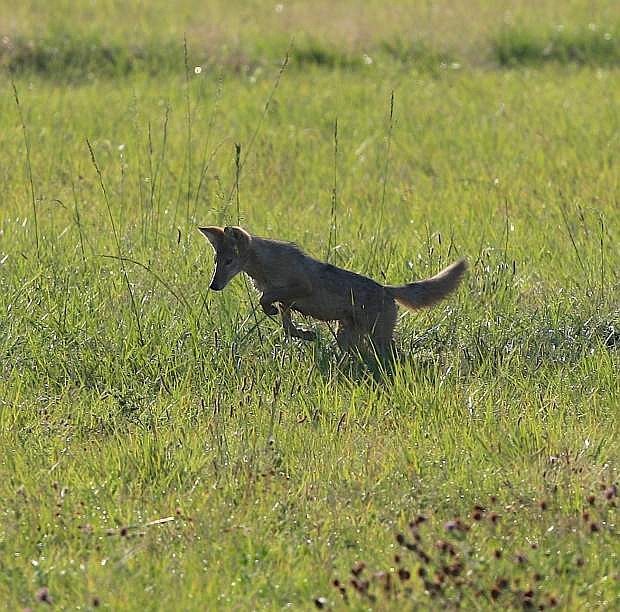 A coyote hunts for varmints along Highway 88 in Minden in this file photo.