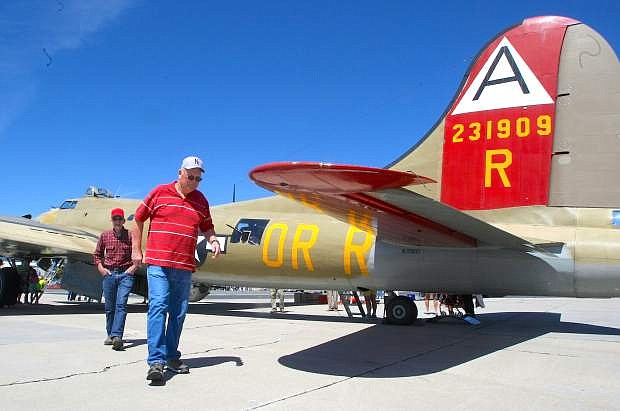 Carson City residents Neil Sharp and Denny Swain check out a B-17 Flying Fortress that was on display for The Wings of Freedom Tour at the Minden-Tahoe airport on Tuesday. The tour continues today until 12 noon.