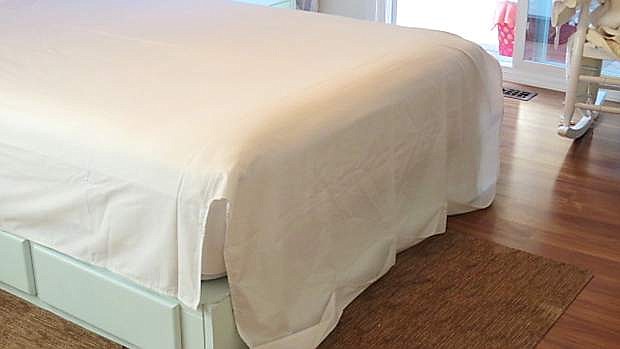 Ruby Russell designed and implemented a tab to go in front of a bed sheet.. With the help of her partner, Louie Scheel, they patented the designed for a product called Stayput Beddings.