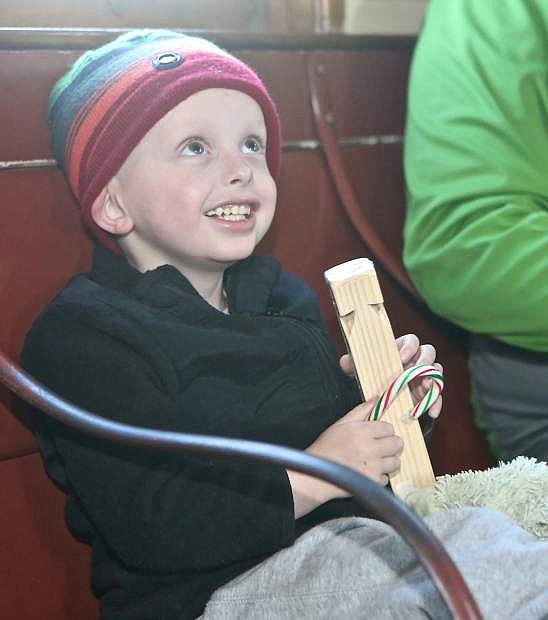 Diagnosed with Neuroblastoma in April 2015, 4-year-old Logan Smith shows a big smile to Santa after receiving a candy cane and train whistle Saturday at the Nevada State Railroad Museum.