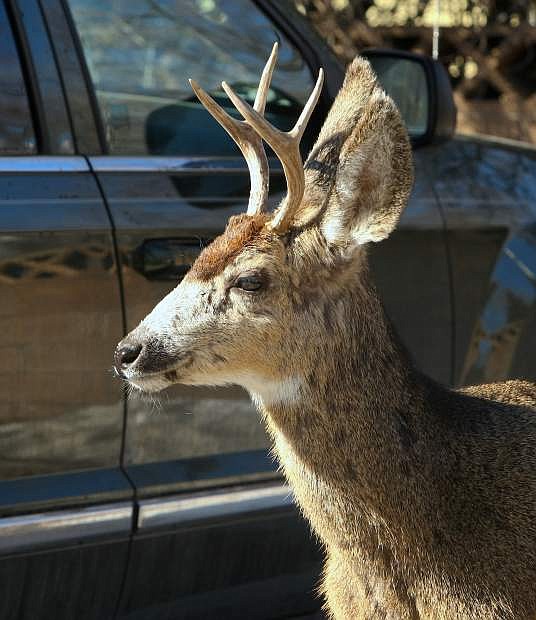 A deer strolls down 3rd Street on Monday morning.