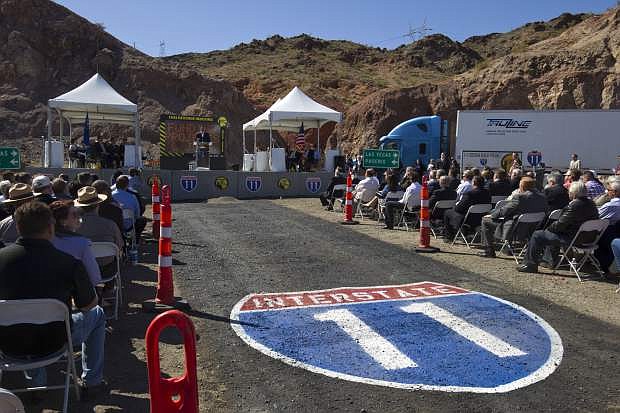 Gov. Brian Sandoval speaks during a groundbreaking ceremony for the Interstate 11/Boulder City Bypass project near Boulder City on April 6, 2015.