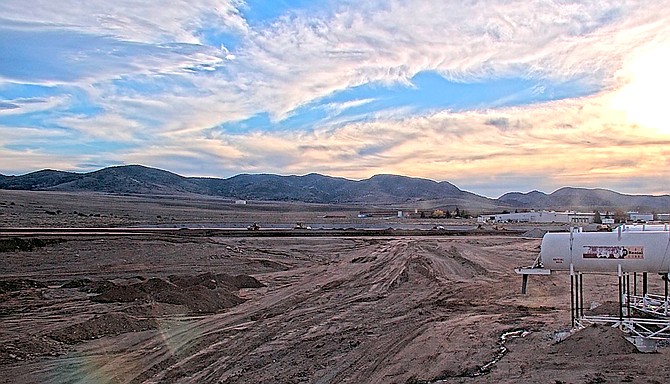 
Carson City-based Miles Construction is working with WebstaurantStore on a massive expansion of the restaurant equipment supplier’s Dayton distribution facility.

The project includes construction of a new 620,000-square-foot building, making it the largest commercial project in Lyon County, according to a news release.

Upon project completion, WebstaurantStore will have a more than 900,000 square feet of infrastructure, “putting Lyon County on the map for future large-scale industrial projects,” the release said.

“Northern Nevada and Lyon County have proven to be an ideal location for our business,” Scott Stevens, director of operations-West for WebstaurantStore, said in a statement. “With the support of Miles Construction and their construction management expertise, they have been invaluable in helping us navigate our builds and supporting us in our work with Lyon County.”

Groundwork is being completed with construction tentatively planned to start this month and targeted completion by fall 2022.

“We have worked with WebstaurantStore managing the construction of their facilities, beginning with construction of their original distribution center in 2016,” Cary Richardson, vice president of business development at Miles Construction, said in a statement. “We bring a whole team approach including supporting the business services side of the project from the ground up in addition to being their boots-on-the-ground for permitting and county related details.

"We are proud to work with a company that has such great values, invests back into the local economy and strives to do more.”

Based in Lancaster, Pennsylvania, WebstaurantStore was established in 2004 and is now considered the world’s largest online restaurant supply store. In recent years, the company expanded its commercial equipment and wholesale offerings to include healthcare, educational, food, beverage, office, parts and hotel supplies.

According to previous reports, the company first entered the Nevada market in 2013 by opening a distribution center at an existing 170,000-square-foot building in Dayton at 111 E. Airpark Vista Blvd.

The company announced expansion efforts in 2016 at the Dayton location due to fast growth spurred by the ecommerce explosion.

Aside from Nevada and Pennsylvania, WebstaurantStore has additional warehouse locations in Georgia, Kentucky, Maryland and Oklahoma.