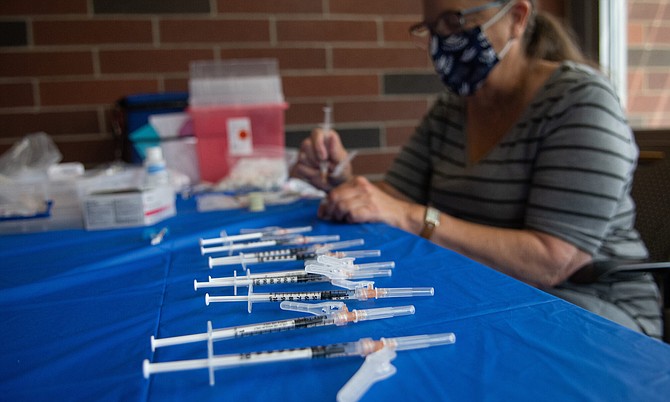 COVID-19 vaccines are loaded into syringes during a POD inside the Joe Crowley Student Union on Aug. 13 2021. Photo: David Calvert / The Nevada Independent