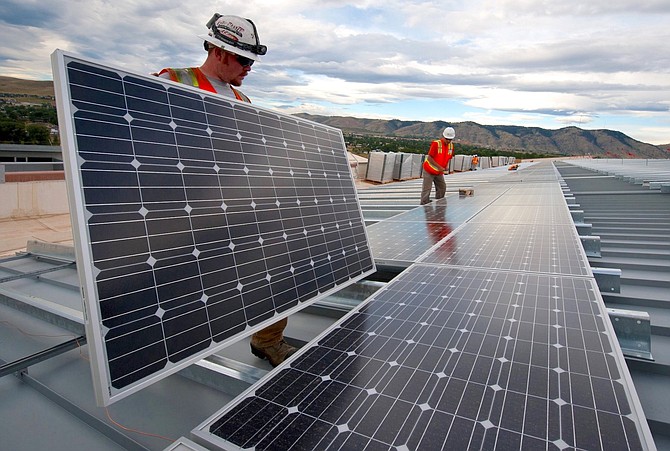 Great Basin Solar staff members install solar panels on a large commercial building. The Reno company saw its revenue increase by roughly 25% in 2020 due to a renewed appeal for home-owners and businesses. Courtesy Photo