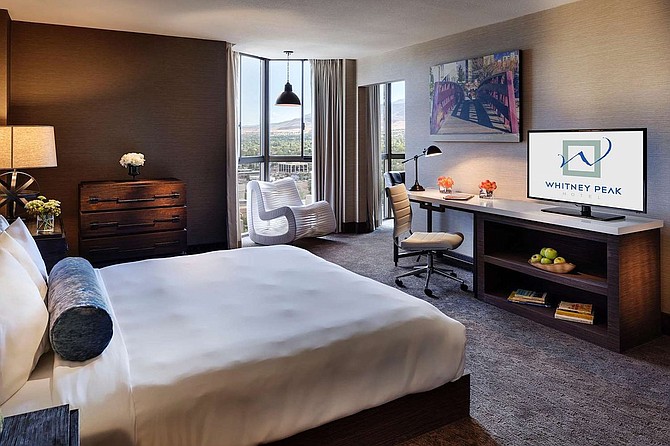 Whitney Peak Hotel has seen its occupancy levels rise in 2021 after seeing its revenue drop about 60% last year due to the pandemic. Courtesy Photo