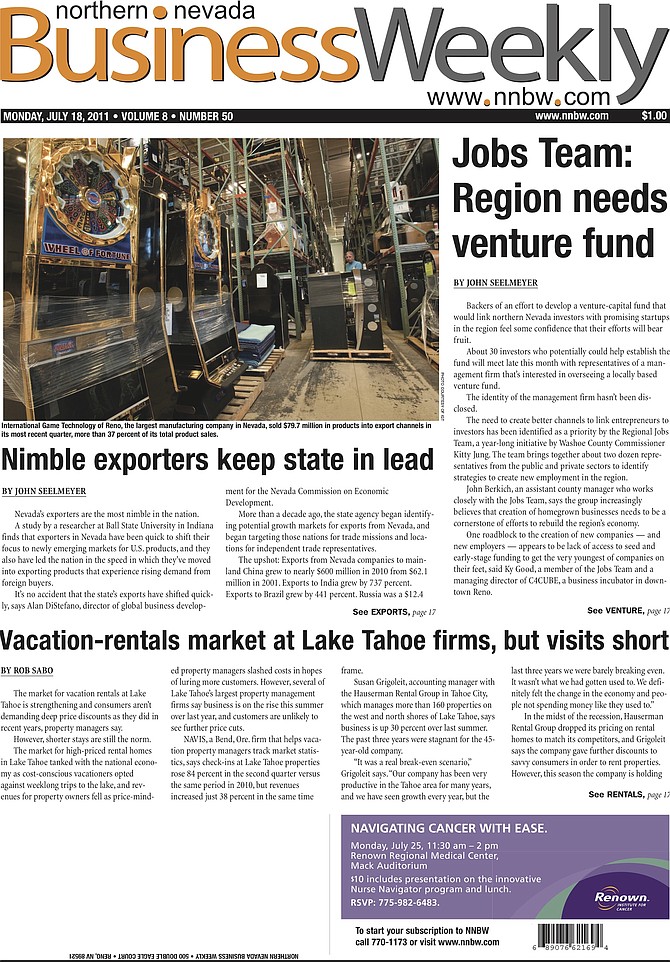 The cover of the July 11, 2011, edition of the Northern Nevada Business Weekly.


EDITOR’S NOTE: Each week in 2021, we will feature snippets of stories that published a decade ago to provide readers a 10-year perspective of business news in the region. This week’s stories first published in the July 18, 2011, edition of the NNBW.