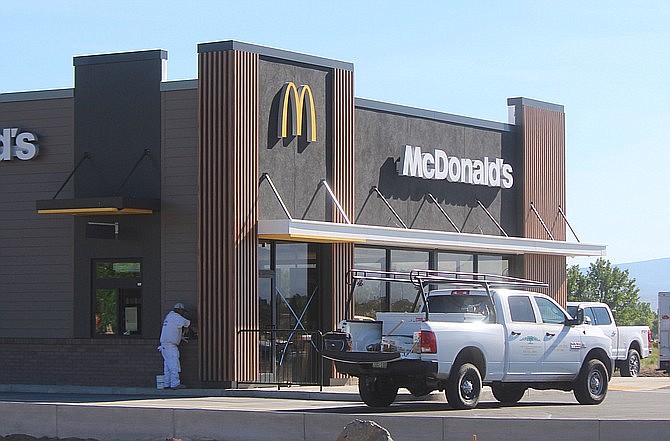 Crews complete finishing work on the new McDonald's in Minden in late May. The restaurant is expected to open before the end of June. Photo by Kurt Hildebrand.

Major increases were expected, considering Gov. Steve Sisolak mandated the closure of most Silver State businesses halfway through March 2020 due to the COVID-19 pandemic.