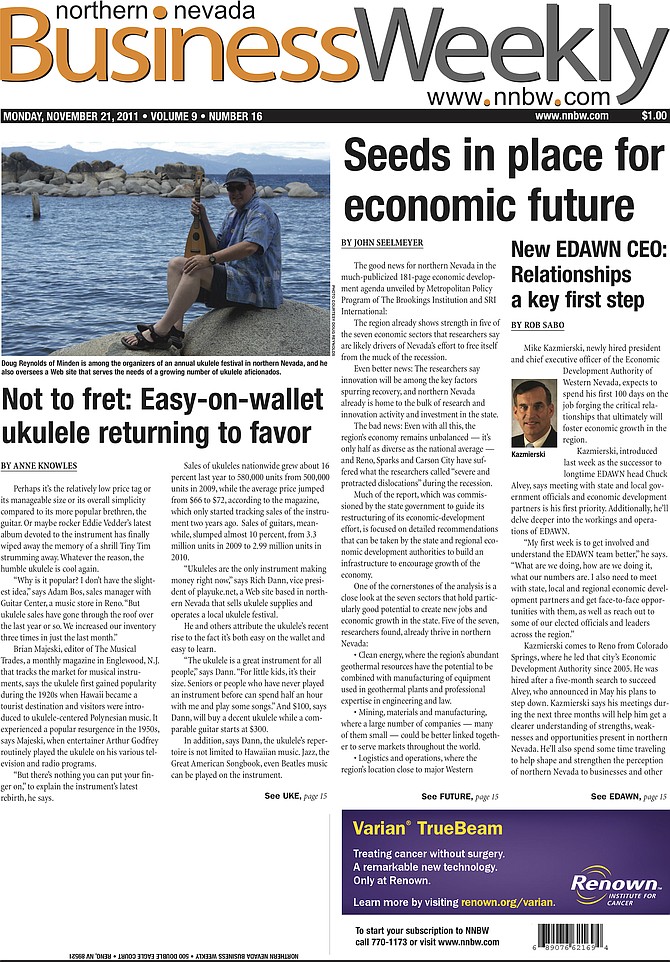 Mike Kazmierski, newly hired president and CEO of the Economic Development Authority of Western Nevada, expects to spend his first 100 days on the job forging the critical relationships that ultimately will foster economic growth in the region.

Kazmierski, introduced last week as the successor to Chuck Alvey, says meeting with state and local government officials and economic development partners is his first priority. Additionally, he’ll delve deeper into the workings and operations of EDAWN.

“My first week is to get involved and understand the EDAWN team better,” he says. “What are we doing, how are we doing it, what our numbers are. I also need to meet with state, local and regional economic development partners and get face-to-face opportunities with them, as well as reach out to some of our elected officials and leaders across the region.”

Kazmierski comes to Reno from Colorado Springs, where he led that city’s Economic Development Authority since 2005. He was hired after a five-month search.

— Page 1, by Rob Sabo
Seeds in place for economic future

The good news for Northern Nevada in the much-publicized 181-page economic development agenda unveiled by Metropolitan Policy Program of The Brookings Institution and SRI International: The region already shows strength in five of the seven economic sectors that researchers say are likely drivers of Nevada’s effort to free itself from the muck of the recession.

Even better news: Researchers say innovation will be among the key factors spurring recovery, and Northern Nevada already is home to the bulk of research and innovation activity and investment in the state.

The bad news: Even with all this, the region’s economy remains unbalanced — it’s only half as diverse as the national average — and Reno, Sparks and Carson City have suffered what researchers called “severe and protracted dislocations” during the recession.

Zimride, a ride-sharing service that allows private drivers with open seats in their vehicles to rent them to passengers in need of a lift, said last week it’s created a route to link the Bay Area to Lake Tahoe.

Zimride got its start on college campuses and with private businesses by hooking up commuters with passengers. Last month the San Francisco-based company created its first public route — San Francisco to Los Angeles — and the success of that route led to the expansion, co-founder John Zimmer says.

Currently, about 100 drivers are offering between 250 to 300 seats each week on the route to Southern California, Zimmer says. Cost per seat averages between $35 and $40.