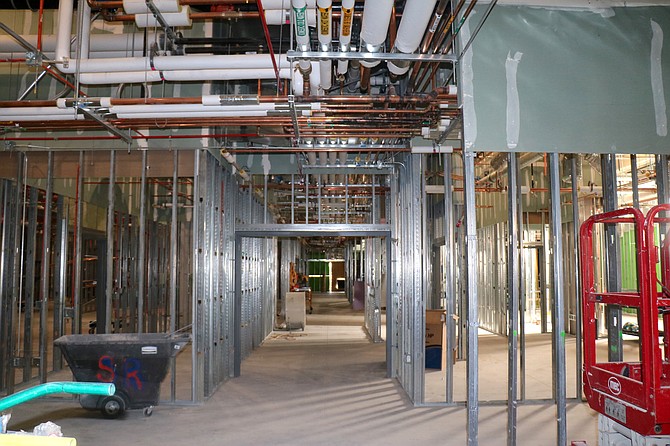 A look inside Sierra Medical Center in early April; the complex is being constructed with 4,000 tons of steel. Photo: Kaleb M. Roedel / NNBW