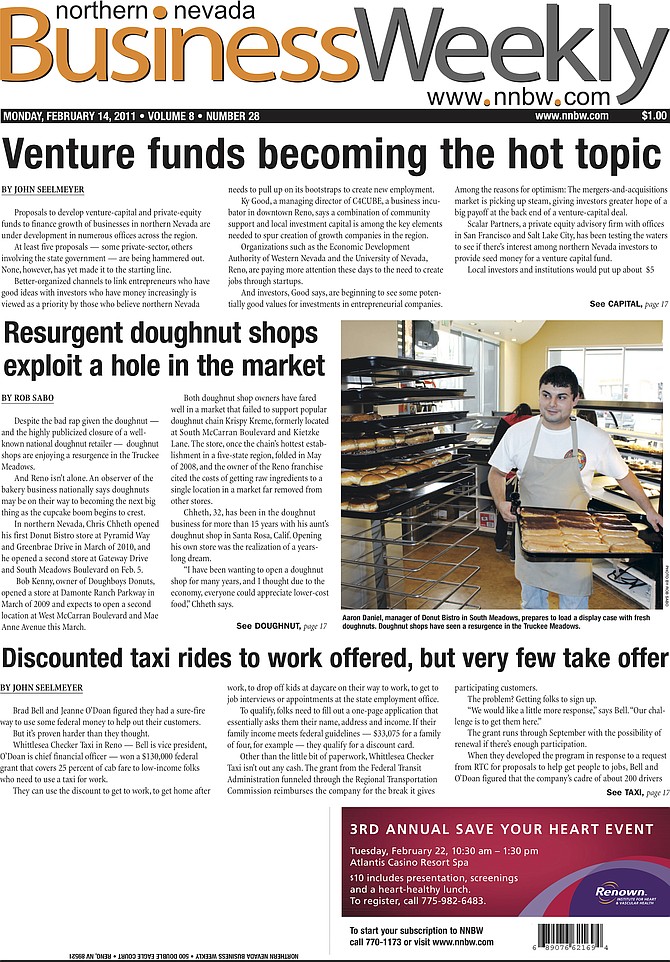 The cover of the Feb. 14, 2011, edition of the Northern Nevada Business Weekly. NNBW File