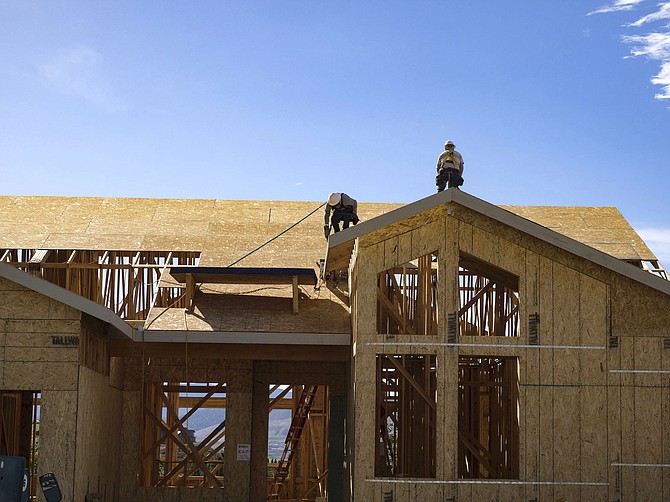 In this 2018 photo, crews with HomeCrafters work on a home in the Pine Bluff at Caughlin Ranch community, which the Reno-based homebuilder completed in 2020. Courtesy Photo