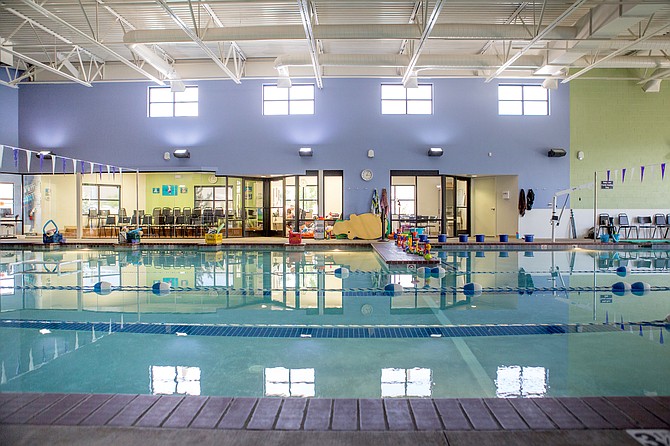 A look at the swimming pool inside Silver Bear Swim School’s facility on Los Altos Parkway in Sparks. Owners Tim and Katie Hall acquired the building thanks to a new refinancing program allowed by the SBA. Photo: Johnstone Studios